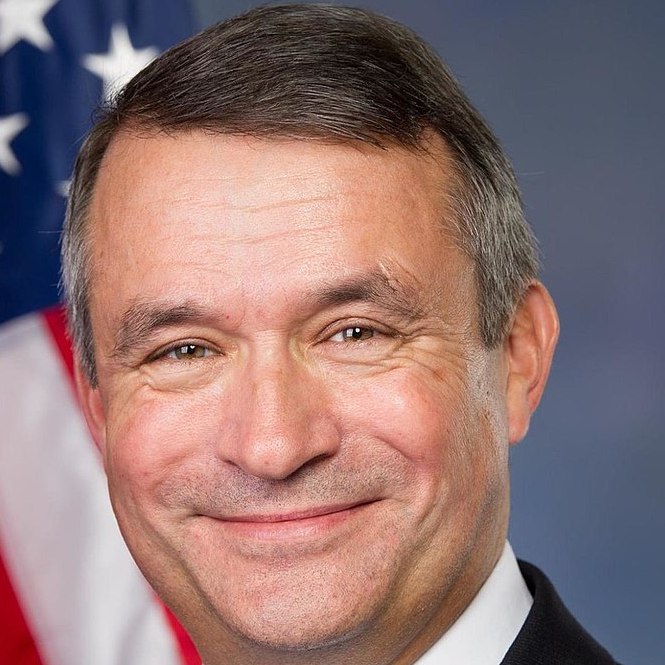 In 2016 Don Bacon won election to the U.S. House, representing Nebraska’s 2nd District.
He is running again for Congress in the 2020 election.

Bacon received a B.A. from Northern Illinois University and an MBA from the University of
Phoenix. He received a master’s degree from the National War College.

Bacon is a retired Brigadier General in the U.S. Air Force. During his 29 years in the
service, he was awarded the Distinguished Service Medal, two Legion of Merits, and two
Bronze Stars, and was selected as Europe&#39;s top Air Force Wing Commander in 2009.
Bacon focused on cyber warfare and intelligence.

In Congress, Bacon supports deregulating domestic oil exploration and drilling. At a
conference on Electronic Warfare he explained that the U.S. military needed &quot;to elevate the
electromagnetic spectrum to an official domain of warfare - alongside land, sea, air, space,
and cyberspace.” He supported recognizing Jerusalem as Israel&#39;s capital. He opposed the
continuation of net neutrality. Bacon voted in favor banning abortion after 20 weeks of
pregnancy and defines marriage as being between &quot;one man and one woman.&quot; He
supports repealing the Affordable Care Act. Bacon voted against withdrawing from the
Paris Agreement on climate change and opposes a carbon tax. He voted against
legislation to require universal background checks for firearm sales.
Bacon urged Trump to allow &quot;Dreamers&quot; to remain in the United States until some
permanent solution could be arranged. Overall, Bacon votes in line with Trump in 95% of
the time.