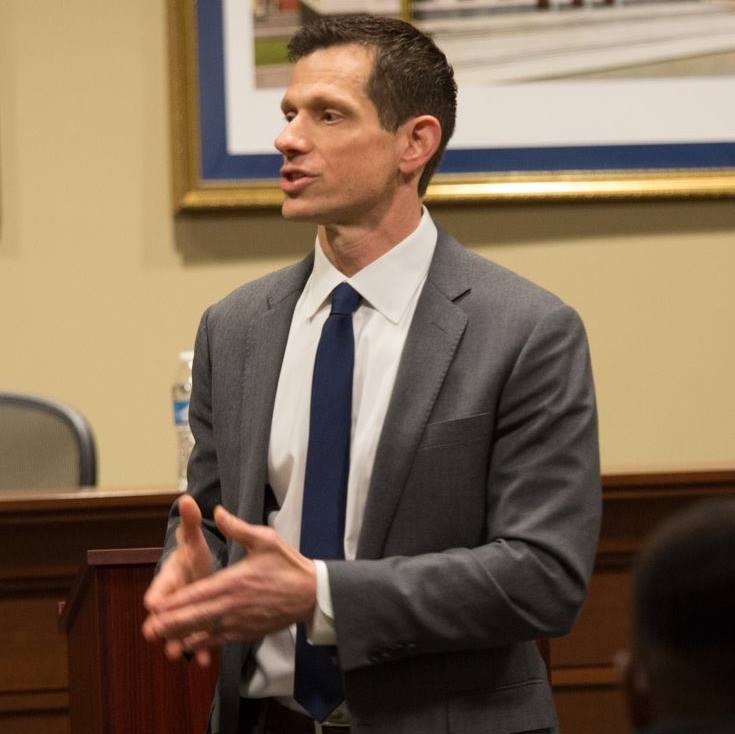 James Mackler is running to restore respect, honesty, and, most importantly, integrity in Washington. As
a military veteran and Tennessee National Guardsman, he knows that true leadership comes from a
sense of duty – an obligation to protect and work for the benefit of others. The best results are
accomplished when we recognize the value in one another and the unique contribution of each person.

A graduate of Duke University, he earned a law degree from the University of Washington.

Mackler practiced law at Frost Brown Todd LLC and Bone McAllester Norton, PLLC, both in Nashville.
He&#39;s worked in criminal law and more recently has specialized in legal issues involving unmanned
aircraft systems, or drones, by providing businesses legal advice on their use.

When America was attacked on September 11, he closed a successful law practice to enlist in the Army,
spending three years as a Blackhawk helicopter pilot with the 101st Airborne Division including a
deployment in Iraq.

Upon his return from Iraq, James transferred to the Judge Advocate General Corps where he prosecuted
murderers and rapists. He left active-duty in 2011 and continues to serve in the Tennessee Air National
Guard.

He ran briefly for Bob Corker’s seat in 2017 but bowed out when Phil Breseden entered the race.

He resides in Nashville with his wife and their two young children.